A Guide to HTTP/2 and Considerations for SEO.

As the internet moves forward with new technologies to keep up with the demand for more devices accessing media rich content, you might be wondering how you can utilise these technologies to improve your website.

In this article we aim to bring you up to speed on HTTP/2 now that Google has (as of November 2020) started crawling and indexing some websites using the new HTTP/2 protocol. We will also explore the benefits of this faster and more secure protocol and the considerations for your website.

What is HTTP/2 and why was it created?

If you have ever visited a website you may have noticed that at the front of every web address is “http://”, or “https://” if the website is using a security certificate.

Simply put, this is a protocol or a set of rules that governs how to send and receive data between your web server and a web browser.

This technology was created by one of the pioneers of the internet Tim Burners-Lee way back in 1989. It was updated in 1997 with version HTTP/1.1 but has remained largely unchanged since.

As websites have evolved in the post PC era, with significantly more mobile devices demanding media rich content, this added more strain on web servers and the network infrastructure between web servers and web browsers.

In 2009, some smart people at Google set out to explore new protocols and technologies with an experimental protocol called SPDY. This proved to be quite successful and in 2012, the HTTP/2 protocol was born which then was officially released in 2015 with many browsers adding support in 2014. Google has a great article if you would like to learn more about HTTP/2.

What are the goals and benefits of HTTP/2?

We understand that not everyone is a server nerd like some of the technical SEO specialists here at Prosperity Media. So, to keep this section light we will try to use some analogies to help you grasp the benefits of HTTP/2.

The goals of HTTP/2:

Some benefits of HTTP/2:

We have selected a few of the benefits which may sound complex from their names however they are relatively simple. See our explanations and analogies below:

Think of a jumbo jet with multiple levels rather than one level.

This could be compared to a racing car that is only filled up with the amount of petrol it needs to finish the race, rather than filling the tank to the brim – thus it takes more time to calculate how much fuel is needed however the benefit is saving on weight and making the car faster.

This is like when you visit a famous fast food chain and order a burger and they preemptively ask you if you would like fries with that.

Think of a request header like an envelope that contains a sticker with all detailed information of senders and receivers. (birthday, type of house, etc) If you are sending multiple letters then you can put less information on the following letters because they already have the details of the sender and receiver from the first one.

All of these improvements on the web protocol have achieved the goals set out by the new protocol so you can operate your website more efficiently and at a cheaper cost.

There are no clear drawbacks of using the new protocol as all major browsers have supported it for many years. It requires no upgrades to website code or server hardware. Lastly, it requires websites to use encrypted connections, which is better for everyone.

What are the SEO considerations of HTTP/2?

So now that we know HTTP/2 is allows for more efficient web performance and is kinder to your wallet, let’s explore what it means for your website. Google has officially announced that they will start crawling websites under the protocol from November 2020.

Google has also started sending out emails to webmasters from Search Console letting them know that they are now crawling their site under HTTP/2. Let’s go through what you need to do to be ready.

What we know so far:

How do I implement HTTP/2 and what is HTTP/3?

The responsible parties for implementing HTTP/2 on your website are a mix of web developers and server admins / hosting providers. While we can’t specifically tell you how to implement HTTP/2 as no two servers are the same there are some really good guides from Kinsta and Cloudflare which will bring you up to speed.

Now that HTTP/2 is in full swing, there have been talks about the next step. There is already a draft for the next protocol which would see TCP replaced with QUIC for stream connections. Cloudflare have written an article which explains all.

We covered the history of web protocols, the benefits and goals of using the new HTTP/2 protocol, and what we know from an SEO perspective.

If you found this article useful please give it a share or contact our team to learn more. 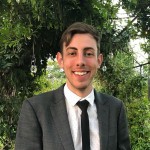 James Carmody is a SEO & WordPress specialist at Prosperity Media. He is actively engaged in the WordPress community, co-organising the local WP Sydney Meetup group. He is also on the organising team for WordCamp Sydney conference 2016, 2019 and lead organiser for 2019. James also loves working on his own projects and is active in the health niche.